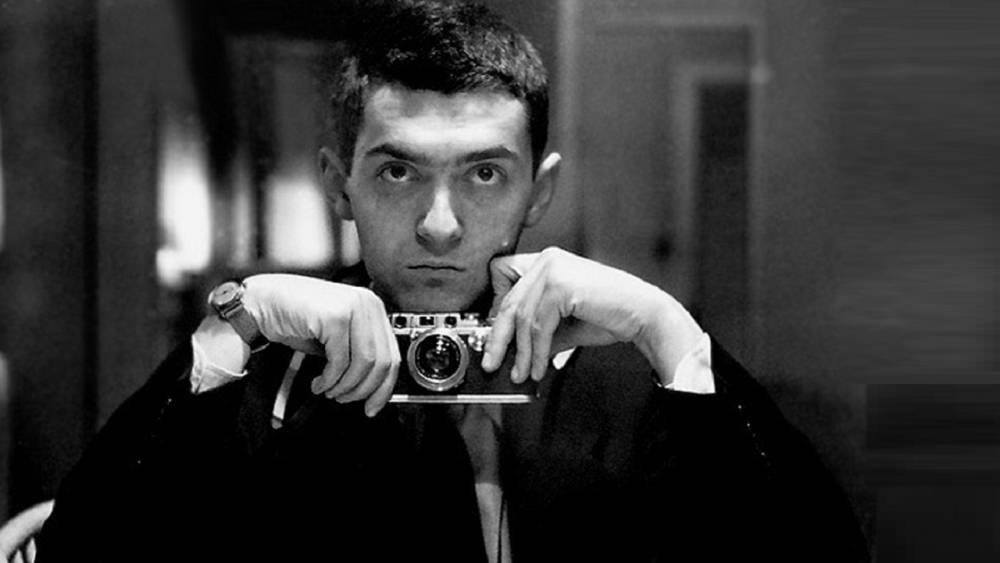 From Look photographer to filmmaker, Kubrick’s first two short films show the developing eye of a great director. He made his first film Day of the Fight in 1949 for $3900. It tells the story of a day before a fight for boxer Walter Cartier. The 16 minute film sold to RKO for $4000.

His second short film Flying Padre tells the story of two days in the life of a Catholic Priest who ministers to parishoners by plane.

The subject of his first film, the boxer Walter Cartier, says of Kubrick,

Stanley comes in prepared like a fighter for a big fight, he knows exactly what he’s doing, where he’s going, and what he wants to accomplish.

In a 1966 interview, Kubrick responds to a similar sentiment by the interviewer by saying he doesn’t know exactly what he wants to do, but he does know what he doesn’t want to do. And he also believed he could make better films than the lot that was being shown in the art houses in the Bronx at the time.

These are his first two short films.