Why you need to listen to Richard Walters Substack ‘Get Reel’ 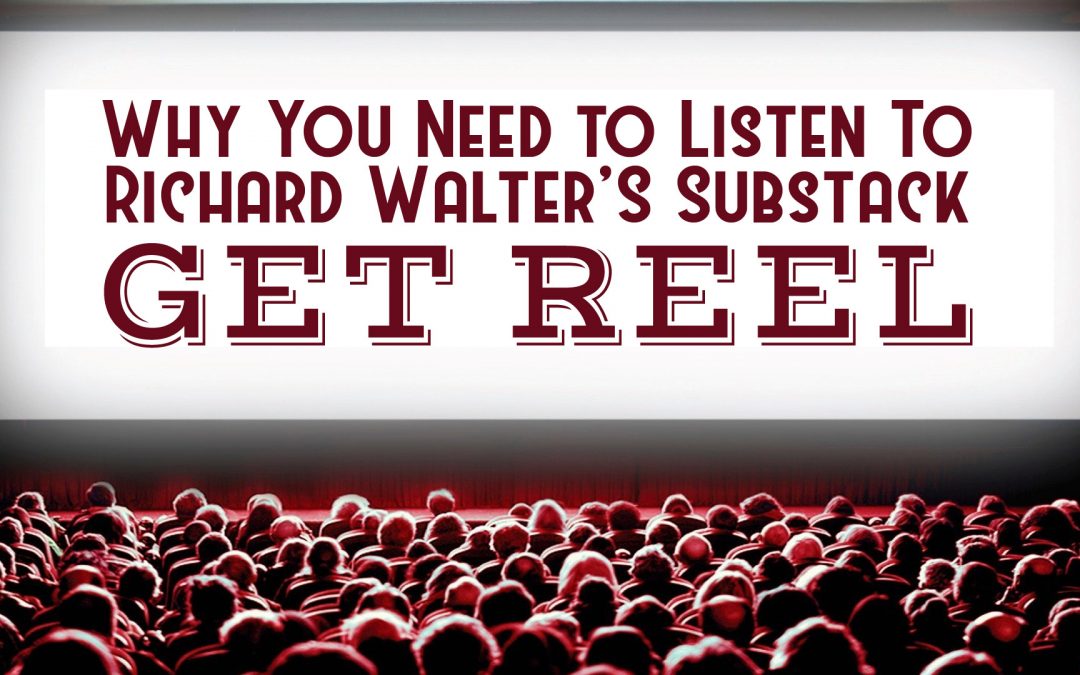 I want to direct you to a screenwriting resource that I have greatly enjoyed. It’s a Substack by Richard Walter called Get Reel.

Richard Walter is a great screenwriting instructor. He knows his stuff. He is also very opinionated and isn’t afraid of rocking the boat or being politically incorrect. He’s not afraid to tell screenwriters their work is bad or their ideas or wrong, and that’s not because he’s a bitter instructor, it’s because he cares about screenwriting, and more importantly, screenwriters. He’s devoted most of his life to helping people learn this very difficult creative craft, and prepare them for the hard realities they’re about to jump into.

And in this audio Substack Get Reel, Richard does just that. He gets real. Where else will you find someone not only express how much they dislike Game of Thrones, the French New Wave, and the films of Robert Altman? That’s not to disparage these works, Richard has discriminating taste, and he’s able to explain why these shows don’t entertain him the way is entertained by the The Soprano’s.

Get Reel is a weekly 10 minute audio musing about a question someone sends to him to answer. Writing is a lonely effort, so it’s nice to have someone like Richard stop by with a good story.

Get Reel on Substack

Here are a selection of some of my favorite Get Reel episodes:

The Importance of Great Endings

Or, how to avoid crashing like Game of Thrones

How Can Screenwriters Avoid Leaving Out Necessary Plot Points?

Should My Story Be a Novel or Screenplay?

Your screenplay might get more traction if it starts its life as a novel. The key is that your story gets told.

Is It Better to Outline My Screenplay or Just Start Writing?

There are as many writing styles as there are writers.

Get Reel on Substack

Listen to part 1 of my interview with Richard.

You should also subscribe to Richards articles on Medium