7 Indie Micro-budget Filmmakers Who Have Chutzpah 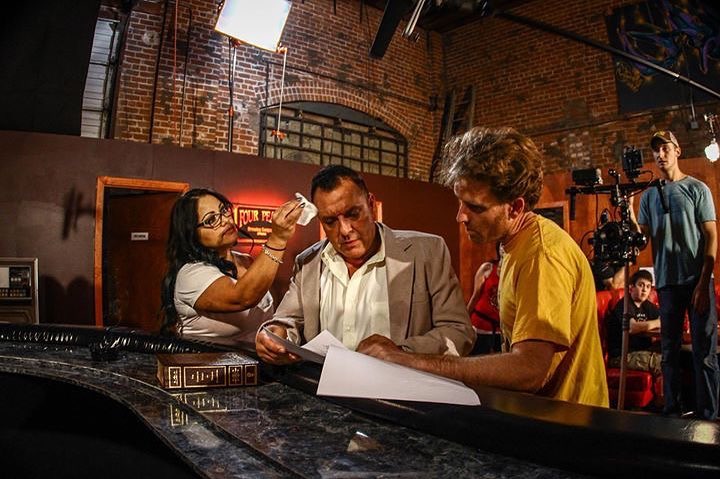 We are living in a new era of microbudget filmmaking. More and more filmmakers are learning how to make their own films on a shoestring and find an audience. We are no longer beholden to Hollywood for entertainment, and that’s a good thing, especially for Christian filmmakers. Don’t like what Hollywood is serving up? Don’t like what other’s are doing in the name of Christian film? Then get out there and make your own films. The only thing standing between you and making your films is you.

These seven filmmakers are filmmakers because they decided to jump into the deep end and make a film, and they didn’t care what anyone else thought.

Alex Ferrari is the indie filmmaker’s Obi-Wan Kenobi. He’s not only made 3 feature films of his own. He has a massive educational empire for filmmaking that is a goldmine of information. He’s runs numerous podcasts, numerous YouTube channels, a streaming platform about filmmaking, and has written an excellent book called The Filmtrepreneur. where he has distilled his approach to make a sustainable living through blue-collar filmmaking. And he talks to a lot of people in the Hollywood and independent film industries, which has given him a commanding understanding of the current filmmaking world. Alex was gracious enough to be a guest on the MMP podcast.

They made their first film for $50,000 and it was so bad they simply chalked it up as a failure. Then, on whim, they made a short film in the afternoon that was accepted into Sundance and won the short film award. They continued to make short films and submit them to Sundance until people at the festival and the industry encouraged them to stop making short films and make a feature. Which they did. That feature was The Puffy Chair which got them distribution and the attention of Hollywood. But after wrestling with Hollywood, and getting burned, they returned to their roots and realized they could finance their own films and make a profit. While they don’t have a YouTube channel, there are lots of interviews of them to find.

“I make movies that make money. Here’s how.”

J. Horton has been making indie features and documentaries for 20 years. He made his first 5 features while holding down a minimum wage job at Starbucks. He has a lot of practical know how having been doing this for so many years while trying to finance his films and make an income from exhibition.

Noam Kroll runs noamkroll.com which is a popular microfilmmaking site full of tips and a popular podcast called Show Don’t Tell. He also offers online courses and color grading LUTS through Noam Kroll Academy. He’s just released a new course called The No Budget Filmmaking Blueprint. He has produced and directed three microbudget films of his own and is working on a fourth.

Travis Mills is a force of filmmaking nature. In 2013 he made 52 short films in 52 weeks. In 2020, during the pandemic, he shot 12 Westerns in 12 Months, and these are feature length microbudget films. He kept a journal of this latest effort and published it as a very helpful book on the realities of producing such a feat, and it’s very entertaining.

Running Wild Films
The Making of 12 Westerns: Or How I Made a Dozen Westerns During a Global Pandemic and Survived book

Rubidium spent 10 years in Hollywood trying to get scripts sold and films made, but nothing came of it. So he went indie and make the film himself. He has an active YouTube channel and a course on how to make an indie feature, based on his experience and the hard won lessons he learned. He also has short courses on how to use various Canon cameras.

Jason Campbell started JC Films to self-produce Christian films and to build networks of Production Clubs across the US where people interested in working on films gather. Last year they produced 13 films, and this year they plan to produce 20. With 50 films under their belt they will launch their own streaming platform called JC Plus. Not bad for a studio based in West Virgina. I interviewed Jason Campbell on the MMP podcast where we talked about how he is making this all happen.