The Cage: A Powerful and Well-Crafted Short Film by Ricky Staub 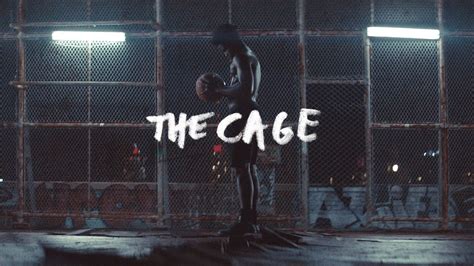 Short narrative films pose a dilemma. On one side short films are the best enterprises for young filmmakers to learn their craft. Artists always need to start small before moving on to more challenging efforts. The composer should write songs before they try their hand at symphonies, and the painter should paint small canvases before stretching a larger one.

On the other hand, short narrative films have a very narrow reason for existence. We consume short non-fiction films and videos all the time on YouTube and news programs. Who watches short narrative films? Film students, film festival goers, and potential employers. That’s pretty much the extent of the short film’s reason for existence. Short films are primarily produced as learning exercises and to serve as a calling card for the skills of it’s cast and crew.

Every once in awhile I try to watch short films, and I come away from the experience wondering why I wasted my time. Most are painful, and the rest are forgettable. The reasons for this are manifold, but the overwhelming problem is that they tend to be overwhelmed by a clever concept and never delve into the depths of the human soul. The characters tend to be puppets of a flimsy idea.

The Cage is different. The Cage gripped me from the first line and didn’t let go. By the end I had experienced a world that was foreign to me, and flesh and blood people who suffered profoundly and struggled to overcome the oppression of their world.

This short film touched me more deeply, and connected me with it’s characters better than most feature films. The more I reflect on this short film, the more I am impressed.

Not only is The Cage a great story, from the first frame I knew I was in the hands of a great filmmaker who had a command of the cinematic craft. He used the tools of cinema to immerse me into this terrifying world.

THE POTENTIAL FOR CHRISTIAN FILMMAKERS

The key turning point for the main character is his involvement with a church program, and the surrender of his life to the purposes of God. I don’t know if Ricky Staub is a Christian, but while this turn was not stated in clear terms, it was there, and was fitting to the style and tone of the film.

This short film demonstrates to us the potential power a short narrative film can have. As Christian filmmakers, we should humbly consider the beauty of this film. In 14-minutes of cinematic prowess, Ricky Staub challenges the Christian filmmaker’s tendency to drift toward Hollywood high-concept nonsense. A great writer filmmaker can find more powerful drama and conflict in the realities of life than it can in the overwrought troupes of Hollywood espionage, crime and high concept baloney.

Aren’t we Christian filmmakers so fond of saying that Christians have the best stories to tell? Well, why don’t we see it? It seems the majority of films that have any lasting power are films that are about the Bible. That’s all well and good, but what about human life? Do we have anything to say about that?

I’m not saying Christians aren’t making good films. What I am saying is that our assertion that we have the best stories to tell isn’t being demonstrated by our body of work. Most of the Christian films I see reek of Hollywood. If we’re not trying to ape some Hollywood success, we’re concocting some high-concept angle buttressed with angels, miracles, prophecies, or the supernatural. We have the best stories to tell, right?

Staub’s short film has a better grip on life, drama, humanity, and redemption, and therefore more impact, than most Christian films.

If it’s true that we have the best Christian stories to tell, we need to be making films that reach the soul better than The Cage.

You can watch The Cage, on Vimeo at Film Supply.

WARNING there are adult themes and bad language. There is no nudity.

Here is a behind the scenes video on the making of The Cage. It’s interesting to note that most of these actors were not actors. And some of what Ricky says in this video seems to indicate this had a one week shooting schedule.