The Actor, The Director, The Playwright; Life in the Theater with James Egan 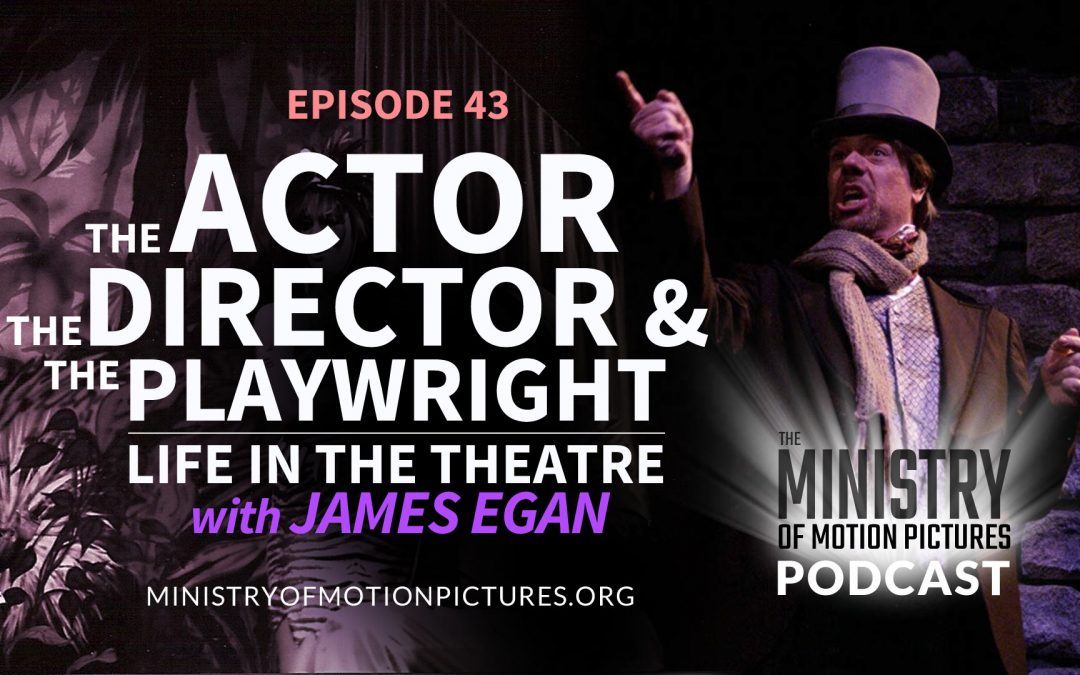 My guest in this episode is an old friend. Though he has worked in film and radio for over 30 years, his primary passion has been the theater. He’s a man who wears many hats, as many of us have to do to make a career, and sometimes that involves wearing a fedora. He’s an actor, director, stage manager, playwright, screenwriter and a novelist. He was a founding member of the Santa Susanna Repertory Company in the LA area. He’s worked on a litany of productions, from MacBeth and The Christmas Carol, to War of the Worlds and South Pacific. When I found myself writing a musical, he was the first person I turned to for help. And, yes, he is a lyricist, as well. His name is James Egan.