The Undercover Revolution: How Fiction Changed Britain in the Late 1800s 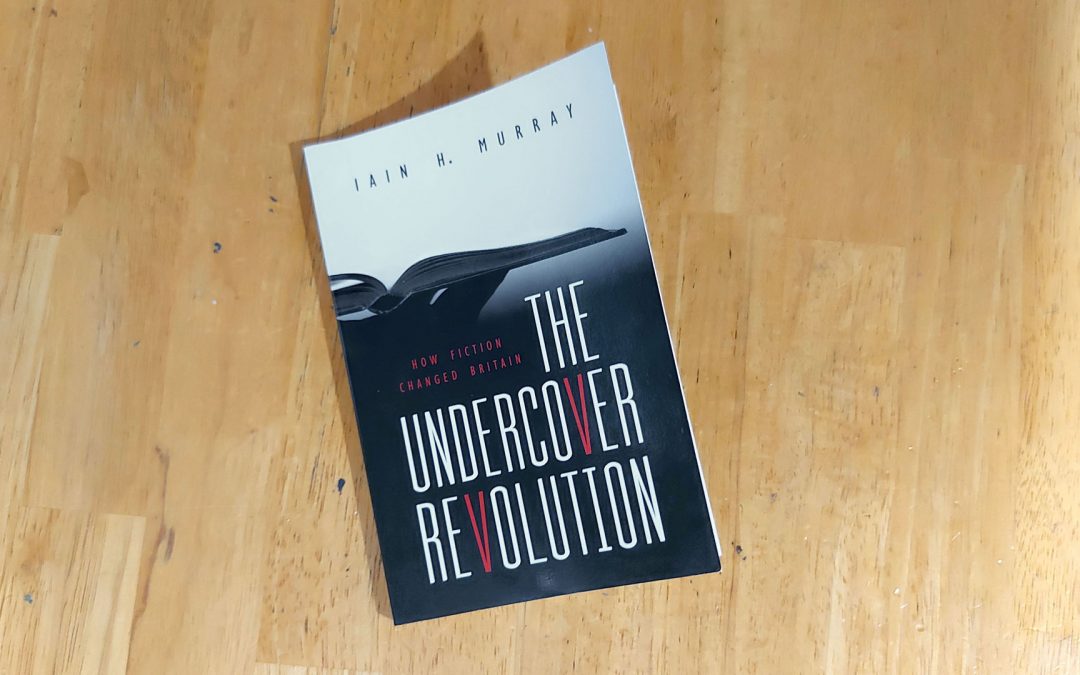 Entertainment can change the culture — this is not news, especially for those of us who are working in Christian film. What might be new to us is that the impact of entertainment was seen 150 years ago in the British publishing industry. Iain Murray has chronicled this change in a small book, published by Banner of Truth Trust, titled, The Undercover Revolution: How Fiction Changed Britain.

In the 1840s, Thomas Carlyle observed about the growing publishing industry, “…the printed word had changed everything, and that the leaders of the future would be ‘the Priesthood of the Writers of Books” (pg. 4).  In the 1870s, publishers printed more religious books than any other, but by 1886 fictional works exceeded the number of religious works.  Robert Lewis Stevenson wrote in the British Weekly, “The most influential books, and the truest in their influence, are works of fiction” (pg. 6).

The fact that fiction had replaced works of religion was not as much a problem as it was that many authors used fiction to undermine Christian morals and faith while promoting a secular humanist worldview.  A great number of authors formed literary clubs to use “novels and plays to advance the anti-Christian mission” (pg. 51). Authors such as Robert Lewis Stevenson, Thomas Hardy, Virginia Woolfe, HG Wells, Bertrand Russell, George Bernard Shaw, and many more, were not just authors who dismissed Christianity, they used their pens and their storytelling to mount an organized attack against “everything pertaining to God and to the Lord Jesus” (pg. 52).  Shaw declared that “moral emancipation [from Christian values] was paramount over moral duty” (pg. 53).

And that moral emancipation quickly took hold on society. As publishers turned to translating like-minded French novels to satisfy the appetites of cultural decay, historian M. de Pressencé criticised the movement as being “simply an incentive to debauchery” and that these authors and publishers “have degraded the high office of the littératuer by corrupting the public mind.”

Charles Spurgeon lamented the condition of literature when he wrote in The Sword in the Trowel, “A vitiated taste in fiction, and, to some extent poetry too, has been visible in English society for many years past, and novel writers of great ability and powers of imagination have not hesitated to minister to it.”

Iain observes this so well, as it relates to what we see today, “Books that constantly convey a purely secular mindset, that treat the present world as though it were the only world, that studiosly avoid truths revealed in Scripture (unless to scoff) — such books impart a godless view of life, and teach their readers to regard this world as the only ‘reality'” (pg. 69).

This reminds me of something that author Walter Mosley said recently, “The novel is creating a whole new mode of understanding the world….If you want to be in the history of a culture then you have to exist in the fiction. If you don’t exist in the literature, your people don’t exist” (Masterclass).

What began in the publishing industry in Britain 150 years ago continues to have an impact on the larger Western culture today.  As I read through Murray’s book it seemed I was reading a book about our contemporary culture. The things these authors were saying about morality and the Christian faith was a current as what I hear and read from writers, musicians and filmmakers today.

Murray has done a great service for Christian filmmakers, writers and artists to have another historical example of the power of story in whatever shape it takes. The value of this book is not just it’s historical contribution, it’s value is in the warning to the church in it’s posture toward the arts, and in it’s spiritual critique of the lives of those creative giants whose work shaped the movement of secular humanism.

I’ll close this review with a quote from W. R. Inge who warned what would come of this movement. “No God. No country. No family. Refusal to serve in war. Free love. More play. Less work. No punishments. Go as you please. It is difficult to imagine any programme which, if carried out, would be more utterly ruinous to a country situated as Great Britain as today” (pg. 72.)

Find The Undercover Revolution at: