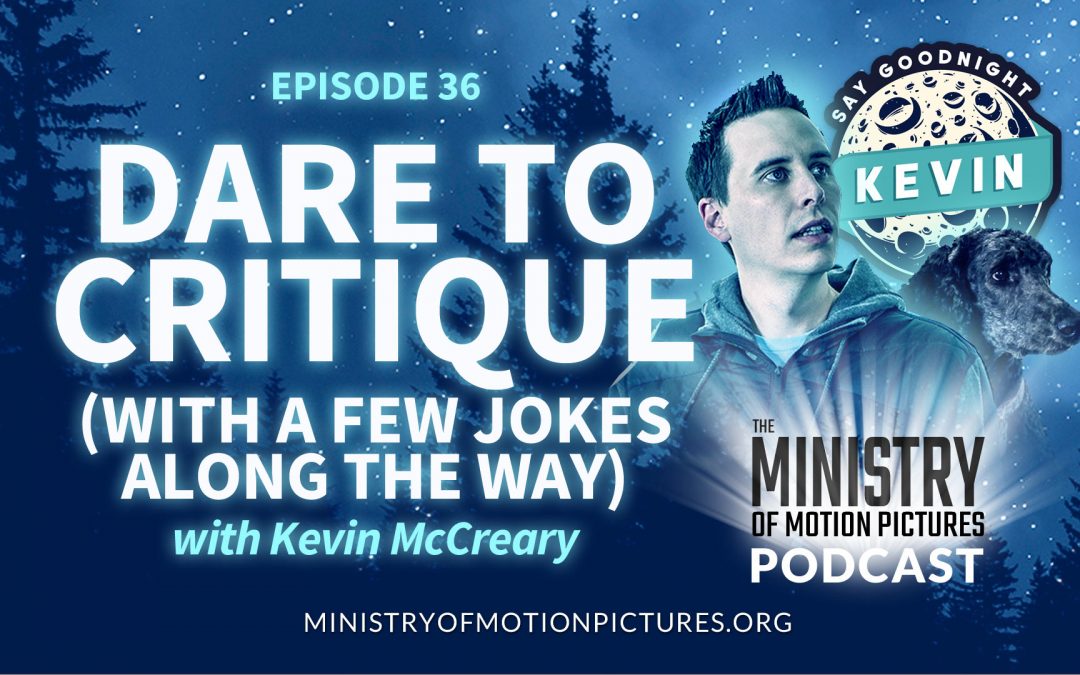 We have a fun episode here with my guest, Kevin McCreary, the young man behind the YouTube Channel — Say Goodnight Kevin. Kevin is, what I would call, an entertaining film critiquer. You heard me right — not a film critic — a film critiquer. Kevin is like a good script doctor who has a keen eye to tell your story back to you in order to point out it’s weaknesses, problems, and strengths.

Kevin McCreary is serious and fun. You’re always guaranteed some laughs as he unwinds the film to offer his keen insight and constructive criticism — and I emphasize constructive because he’s doesn’t just criticize films, he is instructive.

His motto is — “Holding Christian films to the same standards as Hollywood.”

As I’ve said in previous episodes, the faith-based film genre needs good film critics in order for it to grow and thrive. Kevin stands among the best.