Rise of the Filmtrepreneur Book Review 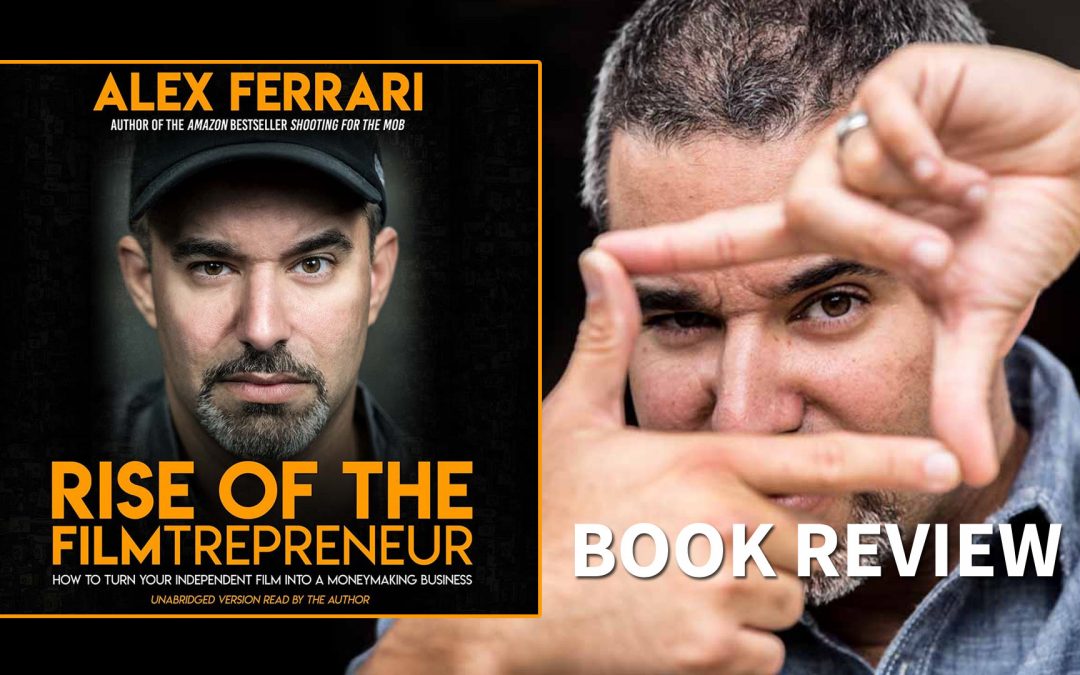 Wouldn’t it be nice to have a Hollywood studio financing your film, a big distributor who wants to release your film into a thousand cinemas, or Sundance to feature your film? Sure, this would be nice, but you don’t need these things to make a film that generates revenue and success. You can do it on your own, and in today’s world, with all the changes happening in financing and distribution, this is where things are moving.

But how? You must start thinking like a Filmtrepreneur, and in this landmark book, The Rise of the Filmtrepreneur, Alex Ferrari lays out a method to help you do just that. Alex isn’t just a podcast guy who has interviewed many hundreds of film professionals, he’s been through the Hollywood system, owned his own post production house, started his own streaming service, and made his own independent films in the Filmtrepreneur way.

In this book, Alex chronicles how he developed what he calls the Filmtrepreneur method, which began with a short film he made in 2005 shot on mini-DV called Broken (which still provides him revenue to this day.)

Alex’s book covers a wide swath of information that is revelant to filmmakers right now.

Why most independent films fail.

How to identify your niche — “The riches are in the niches.”

How to do market research that will yield ancillary revenue streams.

How to market to this niche and build an audience for your film.

How to use social media and online resources to test your idea.

How to finance your film in today’s market.

How to make a micro-budget film.

How to navigate the dangerous waters of distribution, film aggregators, and film marketplaces.

How to protect yourself legally.

How to self-distribute through SVOD, TVOD, AVOD, four-walling, on-demand screening, and regional distribution.

Side hustles for filmmakers.

Through this book, Alex provides a plethora of case studies including his own indie features. He lays all of his experiences, failures and successes out in the open for readers to learn from. One lesson learned could save you the price of the book a thousand times over.

What I love about this book is how inspirational it is. If you’ve been bitten by the film bug this book will infuse that bug with renewed excitement and make you want to get out and make your next film.

Alex lays out a warning to filmmakers in chapter 33 where he writes,

“If you stay on the path that has been laid out in front of you by the powers that be, you will not be ready to thrive in the new world of independent filmmaking, video content and how it is consumed.

“Don’t be afraid of change; embrace it. Methods of film distribution will change. New, cheaper cinema cameras and lenses will be developed. New business models, online platforms, and opportunities will be invented. But being of service to a community you are trying to sell to will never change. I hope this book makes you think differently about your chosen art form.”

For those of us serving the faith-based market this book is of even greater importance. Christian films have always been a grassroots effort. We know our niche, and we have fewer options than most filmmakers when it comes to traditional studio involvement and distribution. Very few of us will be able to follow the path of the Kendrick or Erwin brothers, but we can create a movement to following the Filmtrepreneur path outlined for us by Alex Ferarri. In fact, we must.

Listen to part 1 of my interview with Alex Ferrari

Listen to part 2 of my interview with Alex Ferrari

Visit the Rise of the Filmtrepreneur book page.