Travelogues to the World Church with Tim Keesee 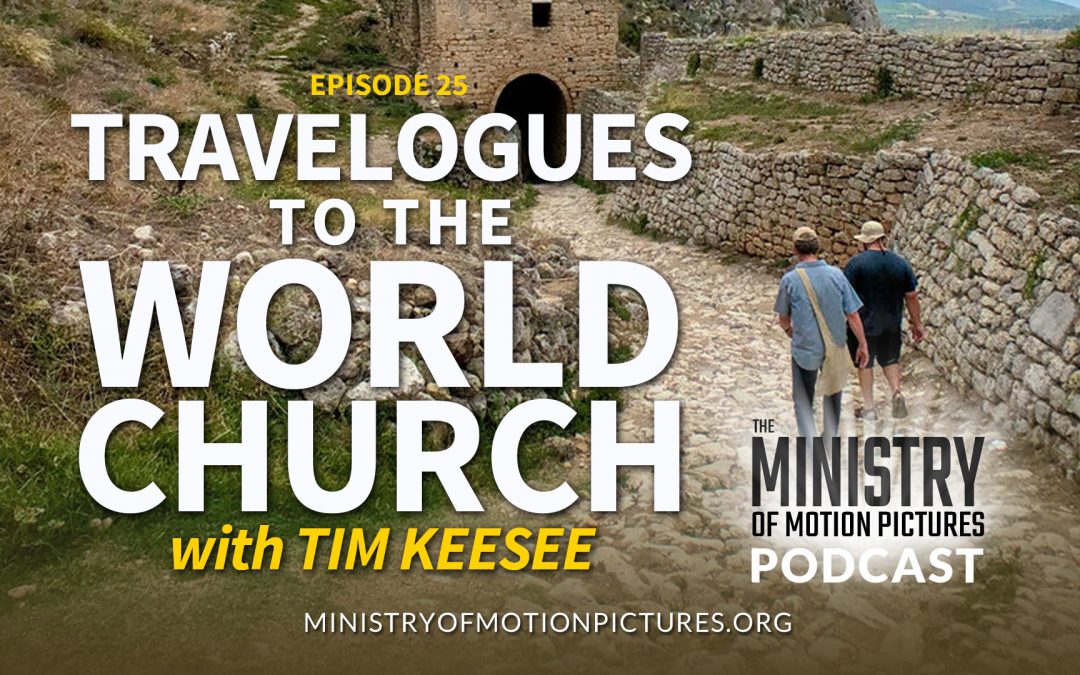 A number of years ago I stumbled across the announcement of a set of 3 DVDs — I think through WTS bookstore’s newsletter. It was called Dispatches from the Front, and it was a documentary following a missionary  as he traveled to churches in regions of the world that was hostile to Christianity. I had often wondered what it was like for my brother’s and sisters in Christ to live out their Christian faith under threat of persecution, and I ordered the small set of DVD’s.

My family and I watched them all in 2 evenings. A year later a few more were released, and then next year more, and at least one new DVD comes out every year. I have bought the entire set and have passed them around for people to borrow so much that I’m now missing half my collection of them, but they have been put to good use — and now they are available to stream online, and there are 2 companion books published for Dispatches from the front.

Now, I have a large DVD collection, and I realized that I have more DVD’s by today’s guest than I have of almost any other filmmaker, and have his two books. And I realized I need to have him on this podcast.

That missionary is Tim Kazee. Tim is the Exec. Dir. of an organization called Frontline Missions, and what’s remarkable, is that he doesn’t use these DVDs to promote his organization — and he explains why in this interview.

Tim, and his filmmaking partner Peter Hansen, are cutting edge examples of Christians using media and online distribution to advance the Kingdom of God.

The book links above are Amazon affiliate links that provide a small amount of revenue that helps to offset the operating costs of this website.