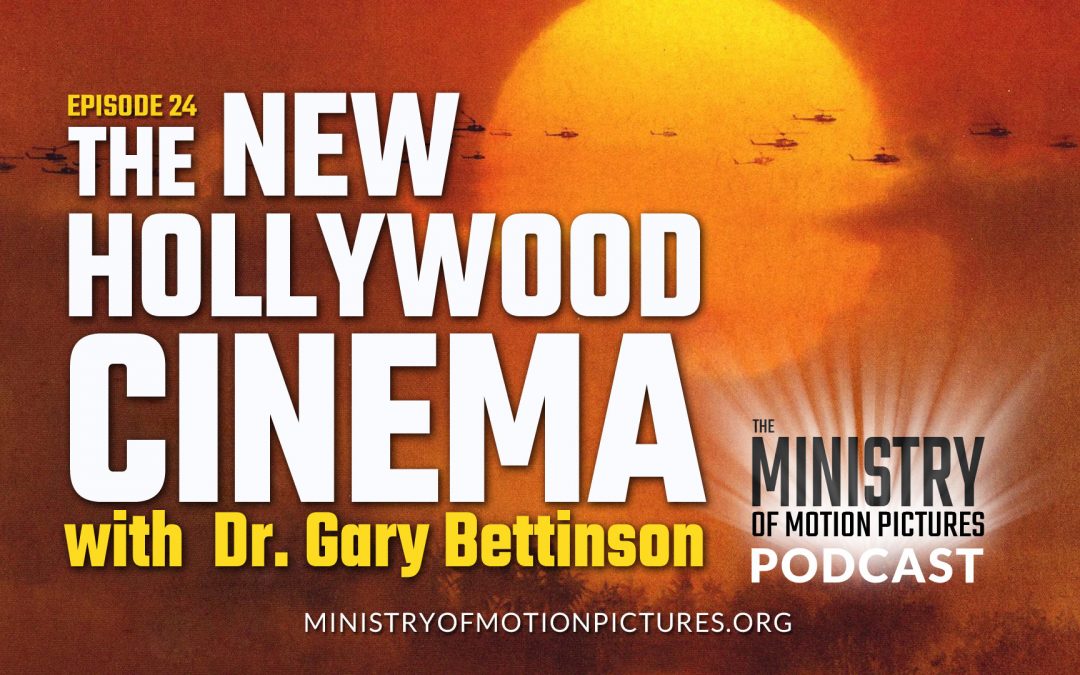 Dr. Gary Bettinson, a lecturer in film studies from Lancaster University in the UK is with me to talk about an era of film history that is often overlooked, especially by someone like me because — this the era of cinema I grew up in.  It’s called the New Hollywood Cinema, and stretches from the late 60’s into the 70’s. These were the days before the age of the blockbuster, and it’s a very interesting period that made significant contributions to the history of cinema. You might consider it to be the American response to the French New Wave. The key directors of the period include Sidney Lumet, Richard Donner, Arthur Penn, Martin Scorsese, Hal Ashby, Francis Ford Coppola, Roman Polanski, Steven Spielberg, and even George Lucas.

Why is a podcast, primarily concerned with Christian filmmaking, talking about cinematic history? Because, Christian filmmakers need to know cinematic history. It’s no surprise that some of the most successful filmmakers are have the widest knowledge of cinema history. Scorsese, Spielberg, Tarantino, and I could name many others, they are walking cinema historians. Every writer who teaches writing tells their students the most important thing they can do besides writing is to read widely. The same is true for filmmakers. The most important thing you can do as a filmmaker besides make movies is to watch movies, and I don’t mean just the new releases. We need to know what other filmmakers have done in other eras — outside our current age.

These folks from the academy love the cinema as much as I do, and they’ve devoted themselves to the study of this art form in a way I haven’t. And to be honest, talking with these folks is, for me, a lot of fun.

What is Film Theory, by Richard Rushton & Gary Bettinson

Peter Kramer, The New Hollywood: From Bonnie and Clyde to Star Wars

Robert Kolker, A Cinema of Loneliness

Nicholas Godfrey, The Limits of Auteurism