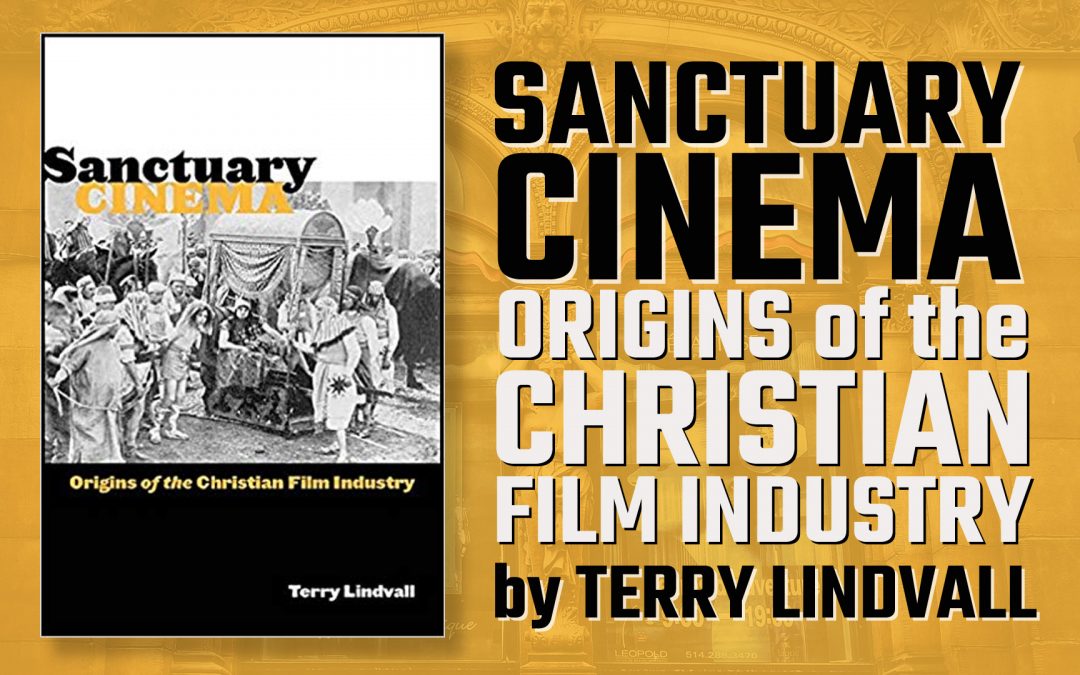 Have you ever wondered why Christian’s have been reluctant to embrace the cinematic art form? Terry Lindvall wondered the same thing. He decided to go to the Library of Congress to research why, and he discovered there was a vibrant industry of Christians making films with strong biblical content in the era of silent films in the 1910’s and 20’s. He uncovered so much information from newspapers and periodicals that he wrote a book about it. Sanctuary Cinema won the Religious Communication Association Book of the Year Award in 2008.

Why should you care about Christian film history? Because it’s our history with one of the most powerful forms of communication in the past 100 years. The rhetoric about Christian films that we hear today has already been wrestled with by Christians prior to 1930. Reading this book is like reading articles and blog posts today. The only difference is that there were more church and para-church organizations at work back then.

There is a lot we can learn from the successes and mistakes in how Christians handled this medium. Christians making Christian films is well-trodden territory.  Here’s a few tidbits to whet your appetite.

Many Westerns, such as the Broncho Billy films “showed individual sinners being convicted and converted by reading the Bible” (Sanctuary Cinema page 43.)

Charles Johnson Post, editor of the Christian Herald, criticized the church for it’s “denunciation of the motion picture as another device of the Evil One” (Sancturay Cinema page 35).

Reverend Herbert A. Jump believed “envisioned the possibility of bringing  the Kingdom of God to a needy world” and wrote a pamphlet called The Religious Possibilities of the Motion Picture. He was an advocate for using movie clips as sermon illustrations, a practice I believe to a flawed approach among naive preachers, yet here we have one of the first examples of such a practice all the way back in the 1910’s (Sanctuary Cinema pages 59+.)

A revolution in church filmmaking and exhibition came with a change in technology. Eastman Kodak standardized 16mm film and produced the affordable Cine-Kodak movie cameras. Affordable and portable 16mm projectors completed the package, and there were two choices, the Victor Animatograph and the DeVry Portable (Sanctuary Cinema page 68.)

One of the very first Christian film blockbusters was produced by Reverend James K. Shields called The Stream of Life. It’s the story of a farm boy brought up in a Christian home who grows up and becomes a wealthy CEO in the city and loses his Christian roots. He marries an unbelieving woman, and only when they lose their daughter and his company is ruined by embezzlement does he return to his faith (Sanctuary Cinema pages 125+.)

Intrigued? Here’s more from the back cover.

Sanctuary Cinema provides the first history of the origins of the Christian film industry. Focusing on the early days of film during the silent era, it traces the ways in which the Church came to adopt film making as a way of conveying the Christian message to adherents. Surprisingly, rather than separating themselves from Hollywood or the American entertainment culture, early Christian film makers embraced Hollywood cinematic techniques and often populated their films with attractive actors and actresses. But they communicated their sectarian message effectively to believers, and helped to shape subsequent understandings of the Gospel message, which had historically been almost exclusively verbal, not communicated through visual media.

Despite early successes in attracting new adherents with the lure of the film, the early Christian film industry ultimately failed, in large part due to growing fears that film would corrupt the church by substituting an American “civil religion” in place of solid Christian values and amidst continuing Christian unease about the potential for the glorification of images to revert to idolatry. While radio eclipsed the motion picture as the Christian communication media of choice by the 1920, the early film makers had laid the foundations for the current re-emergence of Christian film and entertainment, from Veggie Tales to The Passion of the Christ.

There is a lot of fascinating history in this book, but I will close with a humorous little anecdote

Jack and Harry Cohen, producing brothers from Columbia Studios, argued about making a Christian film in the late 1920’s. This exchange was recorded by their biographer Bob Thomas.

“I bet you fifty bucks you don’t even know the Lord’s prayer,” said Harry.

“Well then, let’s hear it,” prodded his brother.

Jack started: “Now I lay me down to sleep…”

“Okay, okay,” conceded Harry. “You win,” and handed over the fifty bucks.

This is a book that should be in every Christian filmmakers library.