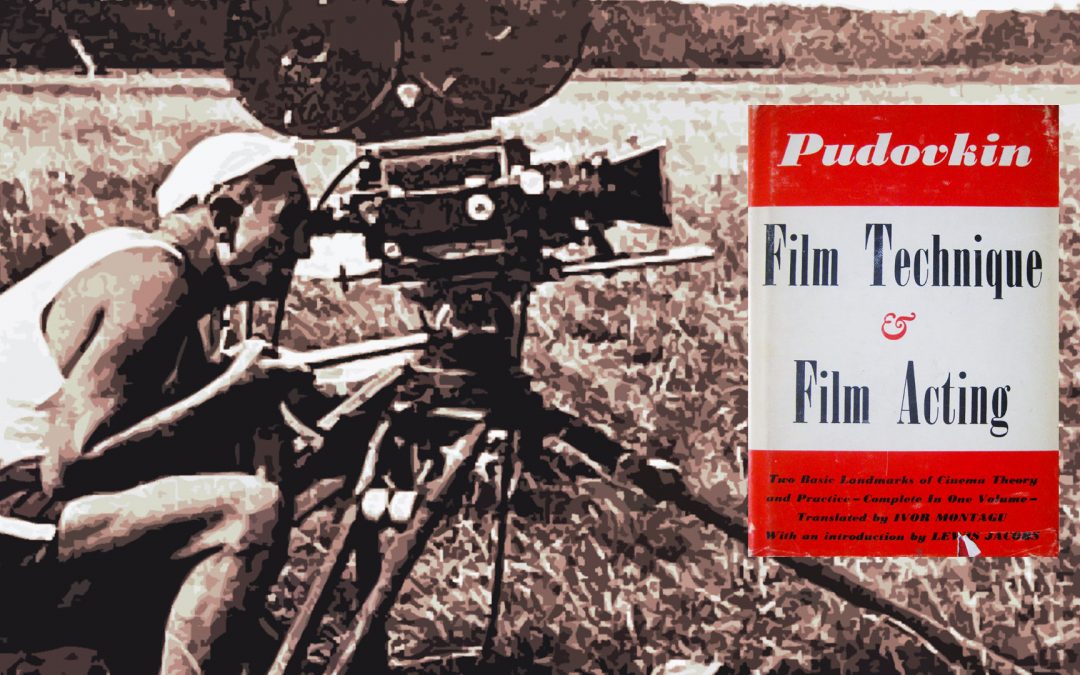 On my work desk within easy reach is a worn, red cloth-bound hardcover book written by a Russian filmmaker named Vsevolod I. Pudovkin. It’s called Film Technique & Film Acting, and it’s one of my most treasured books on the craft of film. Though, written in 1958 (or published in English) it reads as importantly today as it did then.

Kubrick called it the most important book on film he ever read, and he was known to carry a copy of Pudovkin with him onto set.

Like his contemporary Sergei Eisenstien, Pudovkins work is largely consumed by montage, or editing. Everything revolves around serving the edit, because it’s this component of time, and the sequencing of images, that transforms photography into cinematography.

Right up front in the first pages of the Introduction (to the third edition) Pudovkin writes:

“To the film director each shot of finished film subserves the same purpose as the word to the poet. Hesitating, selecting, rejecting, and taking up again, he stands before the separate takes, and only by conscious artistic composition at this stage are gradually pieced together the ‘phrases of editing,’ the incidents and sequences, from which emerges, step by step, the finished creation.

The expression that the film is ‘shot’ is entirely false, and should disappear from the language. The film is not shot, but built, built up from the separate strips of celluloid that are it’s raw material.”

“Every object must, by editing, be brough upon the screen so that it shall have not photographic, but cinematographic essense….Editing is the basic creative force, by power of which the souless photographs (the separate shots) are engineered into living, cinematographic form.”

Pudovkin’s work isn’t limited to editing. He spends a great deal of time talking about the script, or scenario, the director, the cameraman, and the actor — all working together to build the components of the montage.

I wish every filmmaker and screenwriter would read this book, because it would rescue our worn impulses from our non-cinematic defaults, and quite frankly, we would make better movies. When we are gripped by the work of Kubrick, Welles, Fellini or Bresson, we are in the hands of filmmakers in the tradition of Pudovkin. And if you were to ever try to study the work of Kubrick, you would need a copy of Pudovkin in your hand, because Pudovkin was always in Kubricks hand.