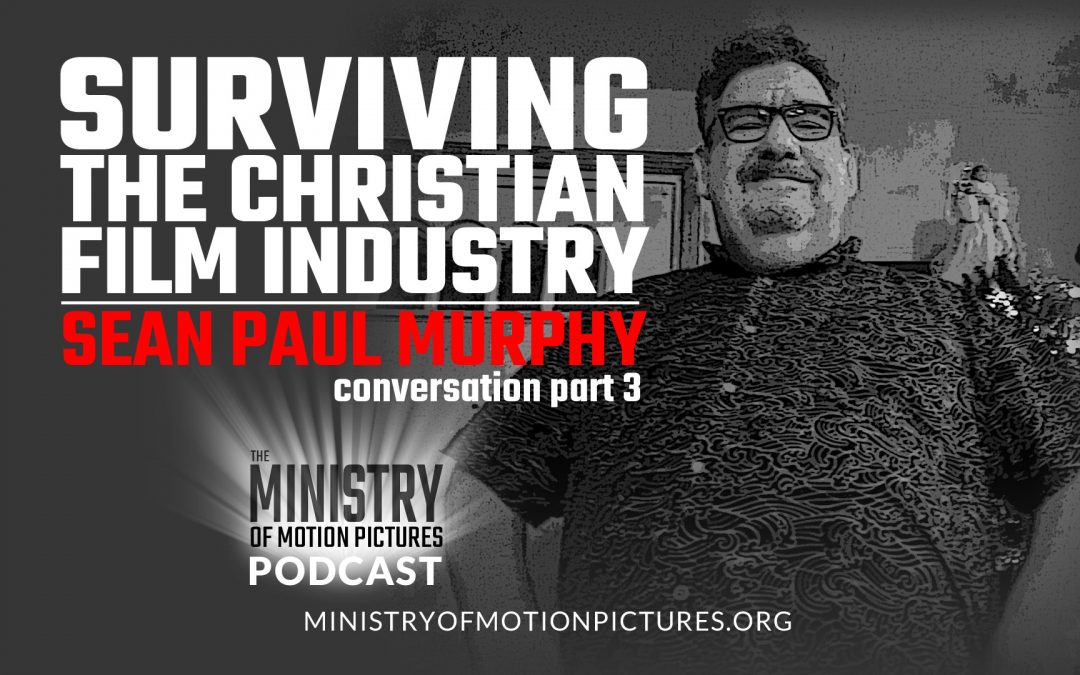 Screenwriter Sean Paul Murphy has more than a decade of experience in the Christian film industry. In this episode he gives us his hard-hitting, experienced perspective on the current state of the Christian film industry, and talks about distribution, church support, Christian worldview, and “one-man-bandism.” He also encourages filmmakers to be very clear on the goals of their films, and talks about the difficulties navigating in the current streaming market.

Listen to Part 1 of my conversation with Sean Paul Murphy.

Listen to Part 2 of my conversation with Sean Paul Murphy.