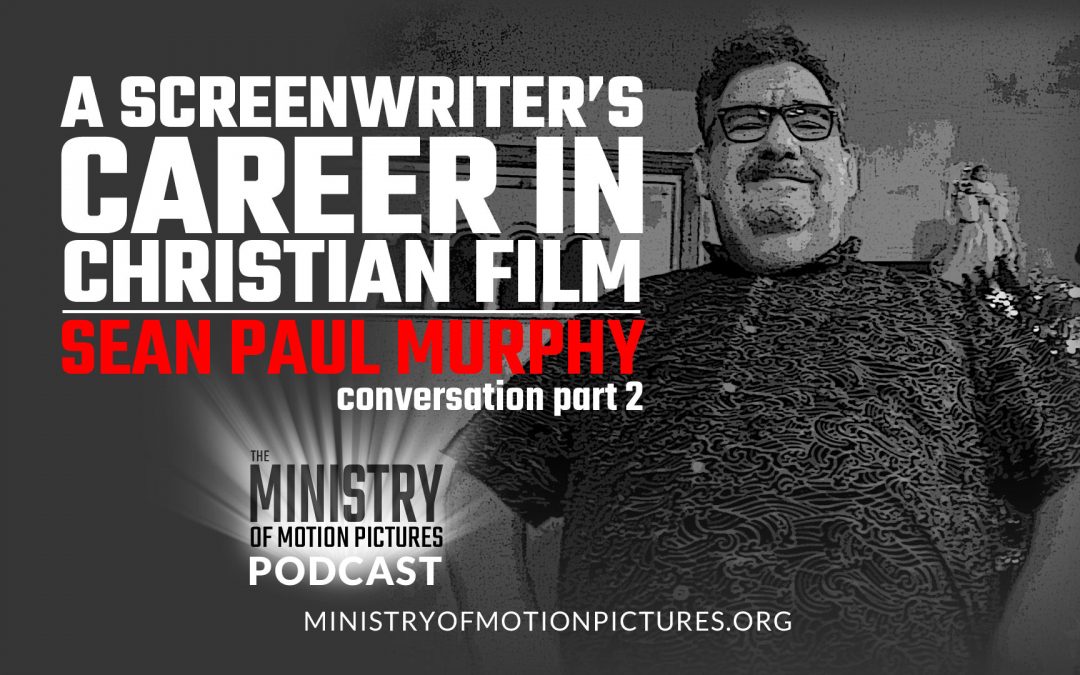 Screenwriter Sean Paul Murphy continues to chronicle his decade-long career in the Christian film industry. With 12 produced films under his belt, Sean’s experience provides a window on one segment of the Christian film industry, and despite the limitations he faced, his desire to reach people with the gospel often succeeded in surprising ways. Sean’s experiences are sometimes exciting, sometimes cautionary, but always entertaining.

You can read Sean’s thoughts about this episode on his blog here.

Listen to Part 1 of my conversation with Sean Paul Murphy.

Listen to Part 3 of my conversation with Sean Paul Murphy.