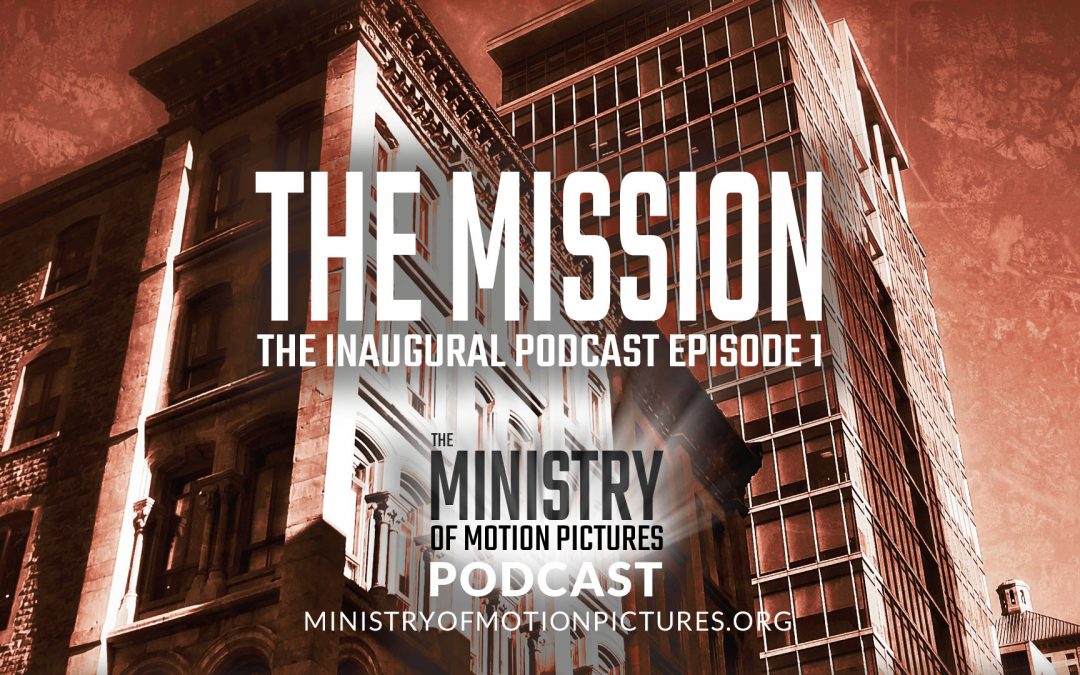 If this is your first visit to The Ministry of Motion Pictures, this is the episode to listen to first. It’s short, sweet and to the point.

Welcome to the first episode of the Ministry of Motion Pictures Podcast. This is a place where we talk about Christians in film, and the Christian film sub-genre.

My name is Todd Shaffer. I’m an animation director and Christian filmmaker. Over my career I’ve worked on hundreds of projects from commercials to feature films, and in the last decade I’ve written and directed two animated Christian films: The Promise: Birth of the Messiah, and Prodigal the musical which we hope to release next year.

The art of cinema is only 124 years old. In this short time filmmakers have produced half-a-million feature films. Wikipedia lists 375 films it considers to be Christian themed films. It’s an incomplete list, according to Wikipedia, but it’s the most extensive list I’ve come across, with films dating back to 1912.

In fact, it might be a little too broad. Among the films in the list are The Blues Brothers, Dogma, and Apocalypse Now.

Christians are far from being considered leaders in the cinema. Our presence in 124 years of cinema is almost non-existent.

How did this happen?

For a thousand years Christians have been leaders in arts. Michaelangelo, Bach, Rembrandt, Dostoevsky, Da Vinci, Handel, and Tolstoy are just some of the titans who used the arts to express their Christian faith.

What has prevented us from being leaders in the cinema?

Christians were conflicted over the advent of cinema. Some deplored it as the tool of Satan, calling it the celluloid serpent.

But others recognized it’s potential value. The Episcopal minister James K. Friedrich, who said, ““The motion picture camera, like the printing press, is a gift from God. We can use it for God’s purpose.”

I don’t think there are any easy answers.

But if we’re to see change, we have to attempt to understand how we got to the place where we are today. Because we are not standing on a place of strength. We are bathed in the glow of well-deserved ridicule and indifference.

We don’t want to carry forward this reputation as we enter a new era of explosive growth in filmmaking. We must shed it.

Hollywood is facing a tectonic shift in distribution and production unlike anything it’s seen since the advent of sound.

While it comes with many new challenges, the question that must be at the forefront of our mind is “Where will Christian films be in this new world?”

Do we want to usher in a golden age of Christian filmmaking? I think we can. I think this could be the era where Christians could take the ground we never did in 124 years of filmmaking. I believe the Christian film genre can regenerate itself to become as powerful and transcendent as we think it can be.

What can to make this happen?

It seems like it could be an enormous effort, but I don’t think it needs to be. The history of cinema repeatedly shows how a few revolutionary filmmakers can change the face of cinema.

The French New Wave was started by a handful of filmmakers Men like Truffault, Godard, and Chabrol who were dissatisfied with the Hollywood film. They didn’t want to tell kinds of stories Hollywood told, they had their own stories to tell, with their own cinematic sensibilities. They even broke the rules of time honored film language.

And guess what? Hollywood took notice, and Hollywood filmmakers began to follow them.

I wonder if Christian filmmakers need to do the same. Maybe we’re trying to hard to fit the Hollywood model — when we should attempting to revolutionize a new form of storytelling — one that would better serve the stories we have to tell.

It’s my aim to use the Ministry of Motion Pictures, and this podcast, to explore the landscape of Christians in film, and the Christian film genre.

I intend to talk to historians, filmmakers, critics, theologians, distributors, anyone who can where Christian film is, where it’s come from, and where it needs to go.

I am a working filmmaker. I’m not a professional podcaster or radio person. My goal is to get the content out as I have time, which means it could be rough around the edges. I hope you will join me on this journey.

My first guest will be a screenwriter who has written 14 produced Christian films. That’s nothing to shake a stick at. He’s been wrestling in the Christian film trenches for most of his career. And he lives in the outskirts of my hometown of Baltimore, Maryland. His name is Sean Paul Murphy.

Please promote this website and podcast wherever you can so that it can have a greater reach in the Christian community.